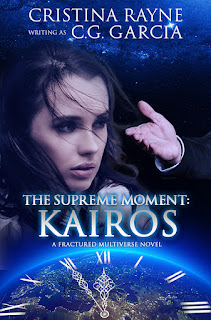 A New Adult Urban Science-Fantasy novel in the spirit of Beauty and the Beast
What would you do when there are no good choices?

The moment a bunch of men with guns kicked in the doors of her house, eighteen-year-old Avery Morgan knew her estranged father's gambling addiction had finally caught up to her family in the worst way. On the brink of doing something unspeakable to save her little sister from being taken, she is interrupted by the sudden arrival of Darrien Stathos, a business mogul whose true persona is rumored to be the lord of the criminal underworld known as Kairos. Darrien announces that he is also there to collect on a contract with Avery's father - for Avery.

As she struggles to find some normalcy within her life while living with an alleged crime lord and dealing with the constant harassment of two FBI agents, several disturbing observations about Darrien's eyes and the frightening, inexplicable ways he stops a couple of would-be assassins make Avery rethink her initial dismissal of some of the more outlandish gossip that questioned his humanity.

Avery thought she wanted answers, but the truth of Darrien’s identity will not only shatter the foundation of her understanding of reality but also reveal a disturbing and dangerous truth about herself. 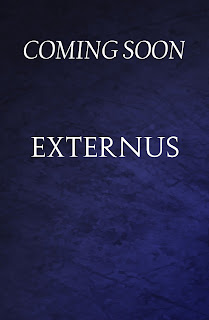